A Real Cure For Dorset

The Real Cure charcuterie was formed in 2013 by James Smart & Lucy Hagan, it was a one room, one fridge experiment in his Father’s old workshop. It is now a multiple award winning business and going from strength to strength, also it has a lot more rooms. 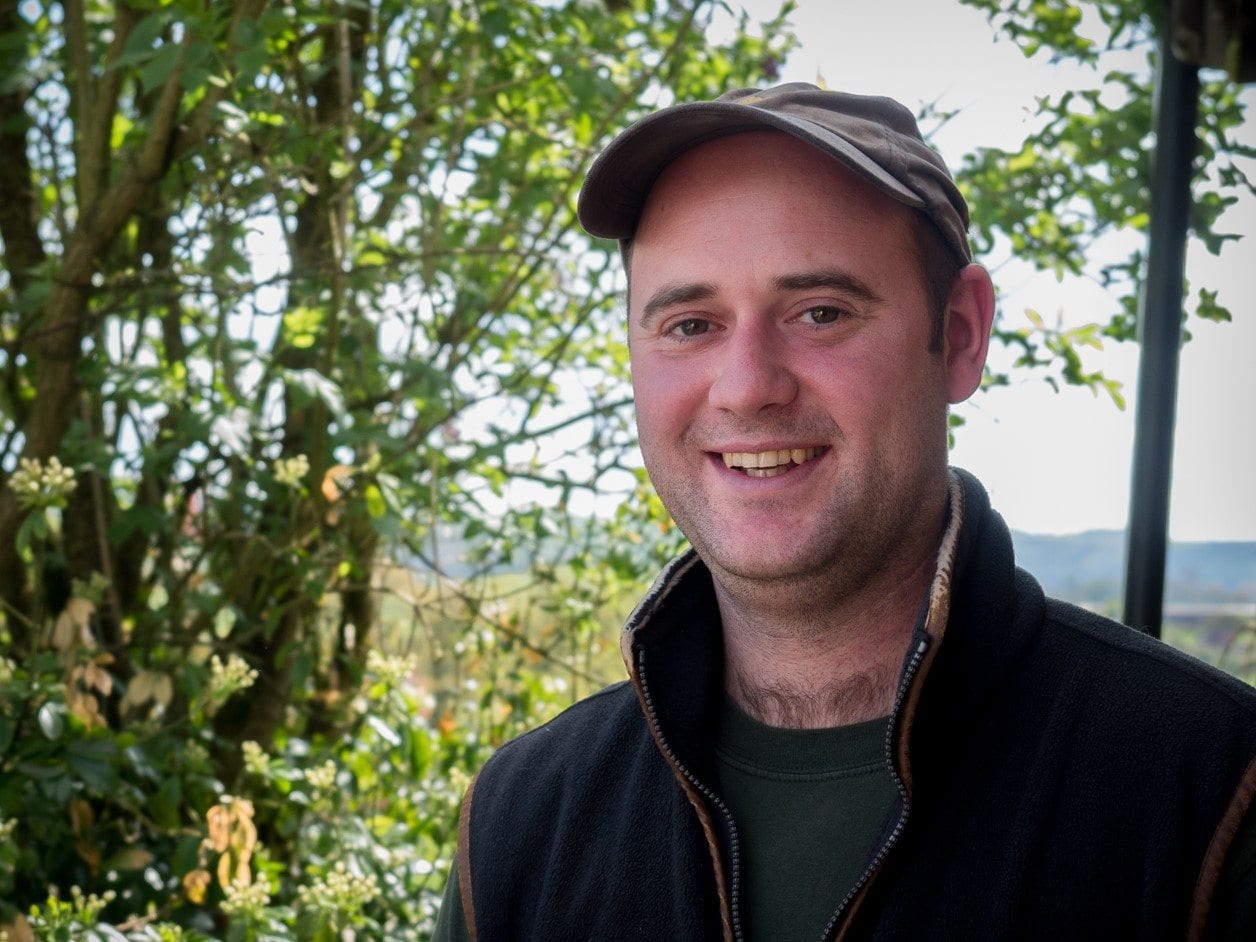 James was brought up on his family’s dairy farm in the north of Dorset. He studied ecology at university before heading up to Sutherland to conduct habitat surveys on the Duke of Westminster’s huge estate in Scotland. Lucy was working in London marketing food & drink. But love won over the stunning Scottish landscape and James headed to London to work in Farlows, the fly-fishing oasis in the middle of London.

They dreamt of leaving London and heading back to Dorset, their first idea was to start brewing beer, but their best friend was already doing this. So their thoughts switched to charcuterie, especially using local venison. This idea was first sparked whilst James was working in Scotland, where he was amazed that all the red deer venison was exported to Germany.

They first dabbled with charcuterie as a hobby in their flat in London, before heading back to Dorset and converting his Fathers workshop. Slowly building up the business they now have a processing room, drying room, storage rooms and a packaging room.

The majority of their venison is sika deer from Arne and also some local fallow & roe deer. Their traditional Berkshire pigs are bred especially for them at a farm near Blandford. They also smoke Piddle Valley rainbow trout from Wessex Fish Farms near Wareham, which I think is far superior to smoked salmon. 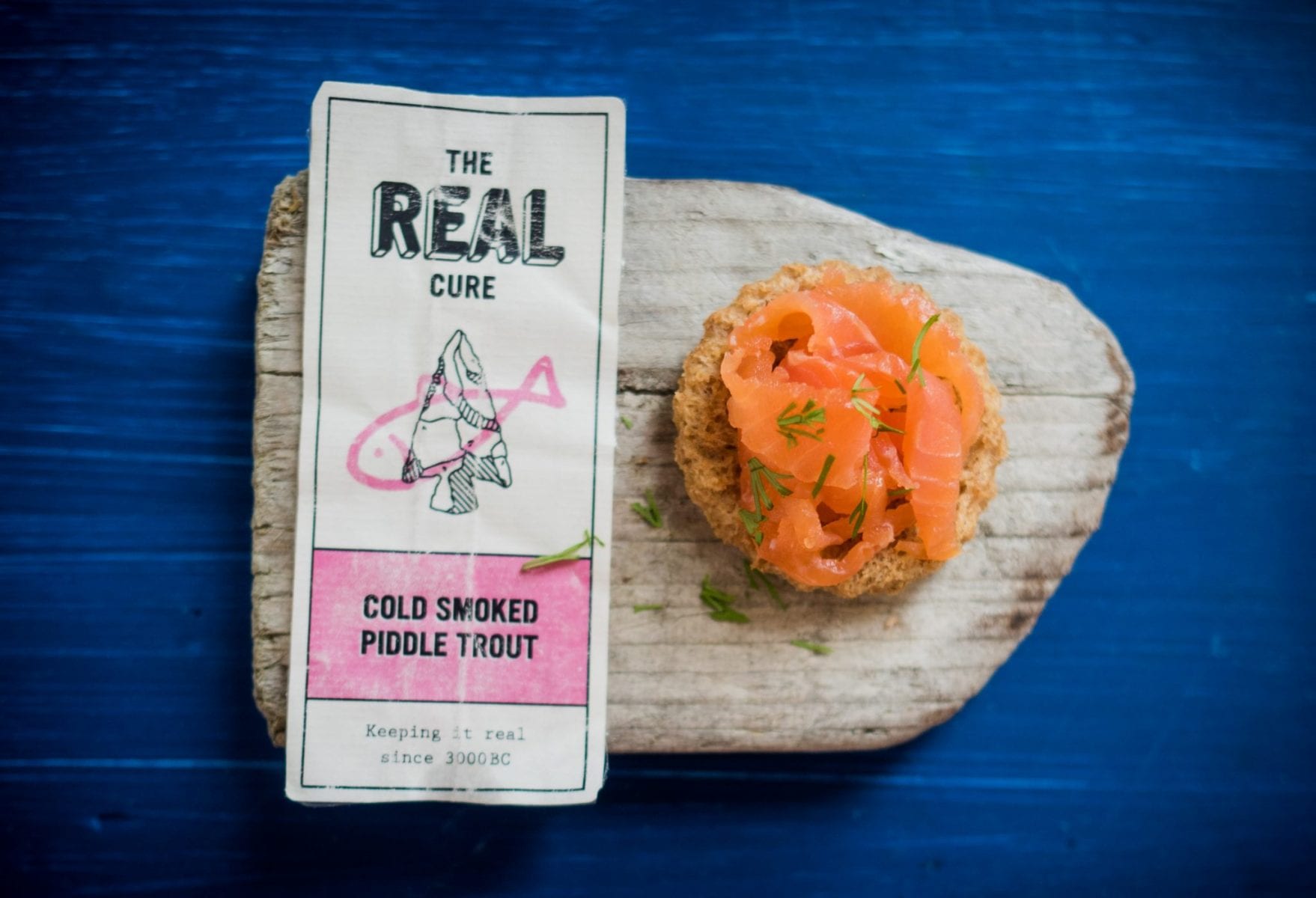 James kindly sliced me a sample of their Hartgrove Pork Coppa, such a sweet delicate meat and would work well wrapped around a cod fillet or just plain served with a glass of Furleigh’s best.. 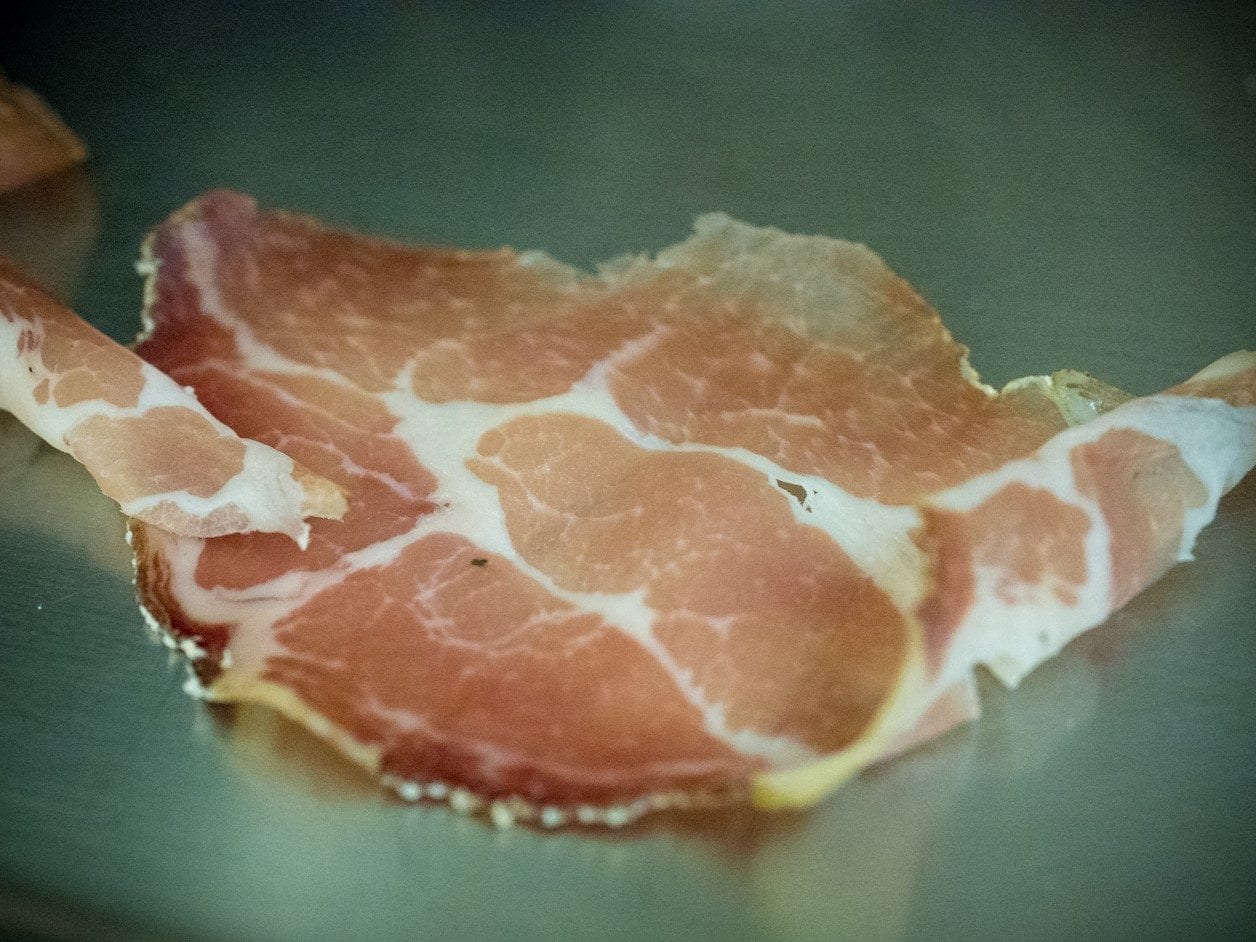 Their range of produce includes salamis, chorizo, pepperoni, bacon, burgers & sausages – both pork & venison. They sell at festivals (their burgers are amazing); online, included in Dorset produce hampers and available at all good farm shops. 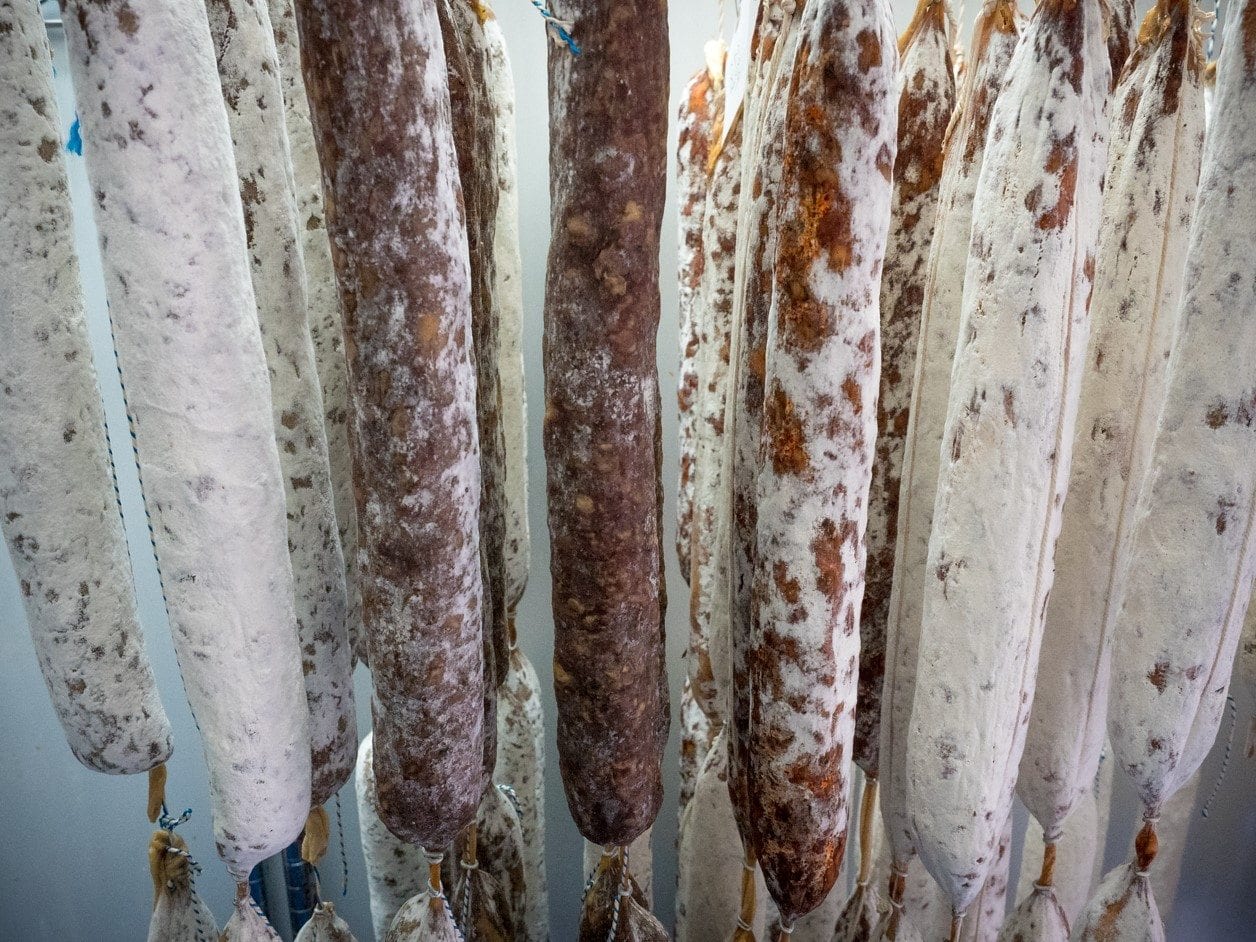 James & Lucy have big plans for the future of The Real Cure and have also recently got engaged (congratulations guys) so they have a lot to keep themselves occupied.