I passed the entrance to Glebe Farm Owermoigne everyday for over two thirds of my working life and when the signs for their free-range turkeys went up, it would herald the start to the Christmas festivities. So I was thrilled to finally head up the track to see for myself what was involved in turkey farming.

Traditionally raised free-range Christmas turkeys were the solution in 1992, when Mark Chilcott was trying to think what he could do with his set-aside land. He selected bronze turkeys, because they have superior taste to the white barn raised turkeys that everyone else was farming back then.

Since 1975 Mark & Jo Chilcott, along with his Father John & Mother Ann, run a mixed farm on their 450 acres in and around Owermoigne. Mark’s daughter Lottie is also joining the long family tradition of farming; initially her skills will be more aimed at the social media side of things. 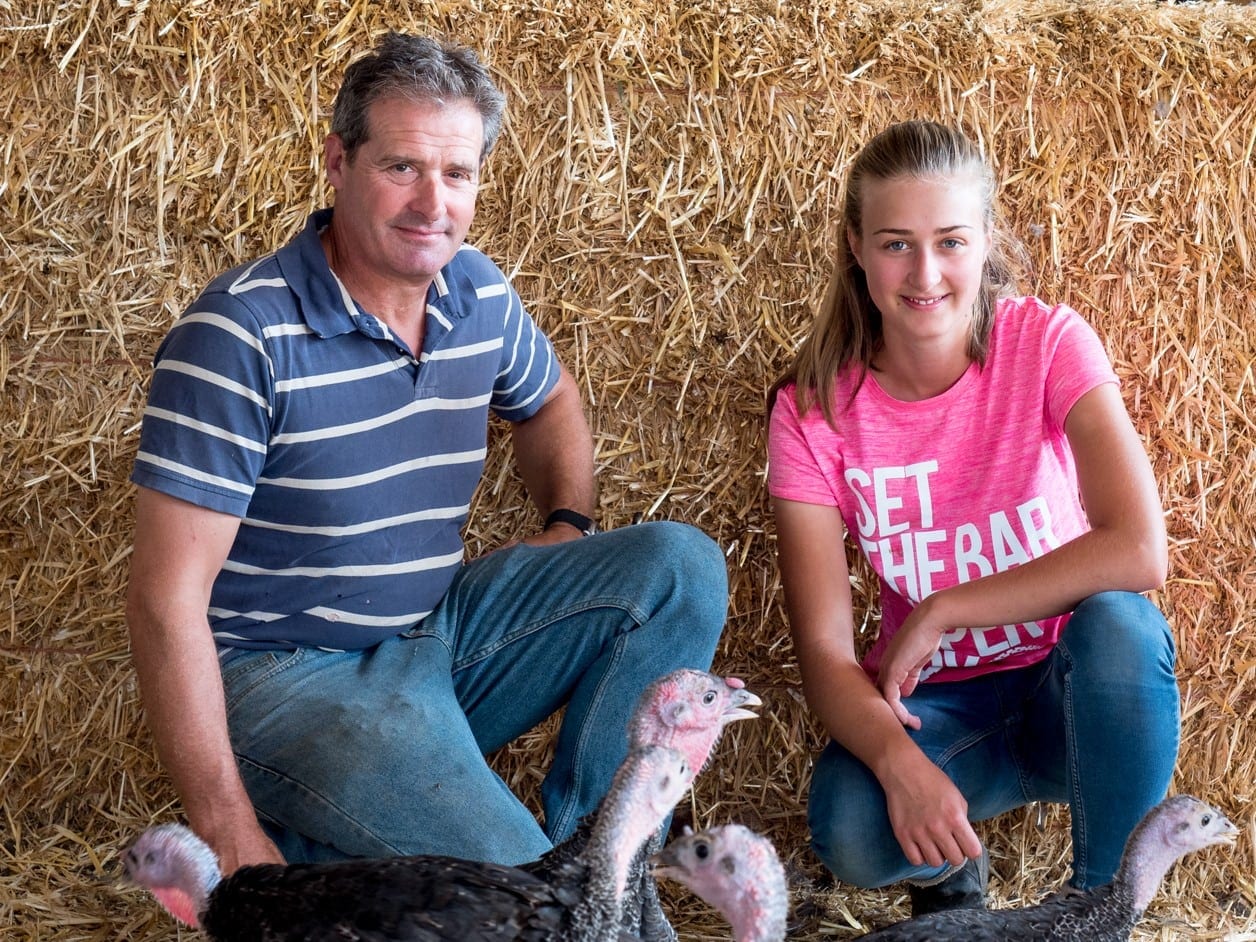 Mark takes delivery of 2,000-day-old chicks in the first week of June; he has both stags & hens. These are initially housed in barns with straw bedding and then at eight weeks the doors are opened and they are free to roam. They roost in the barns and on really hot days (like today) they mostly stay inside, only coming out in the mornings & late afternoons.

The birds are fed on cereal-based foods, with no growth promoting additives, plus of course anything they can forage in the fields. They are slow growing, but by December they are fully mature and aged for tenderness, to make a moist succulent turkey with a meaty breast and outstanding taste. 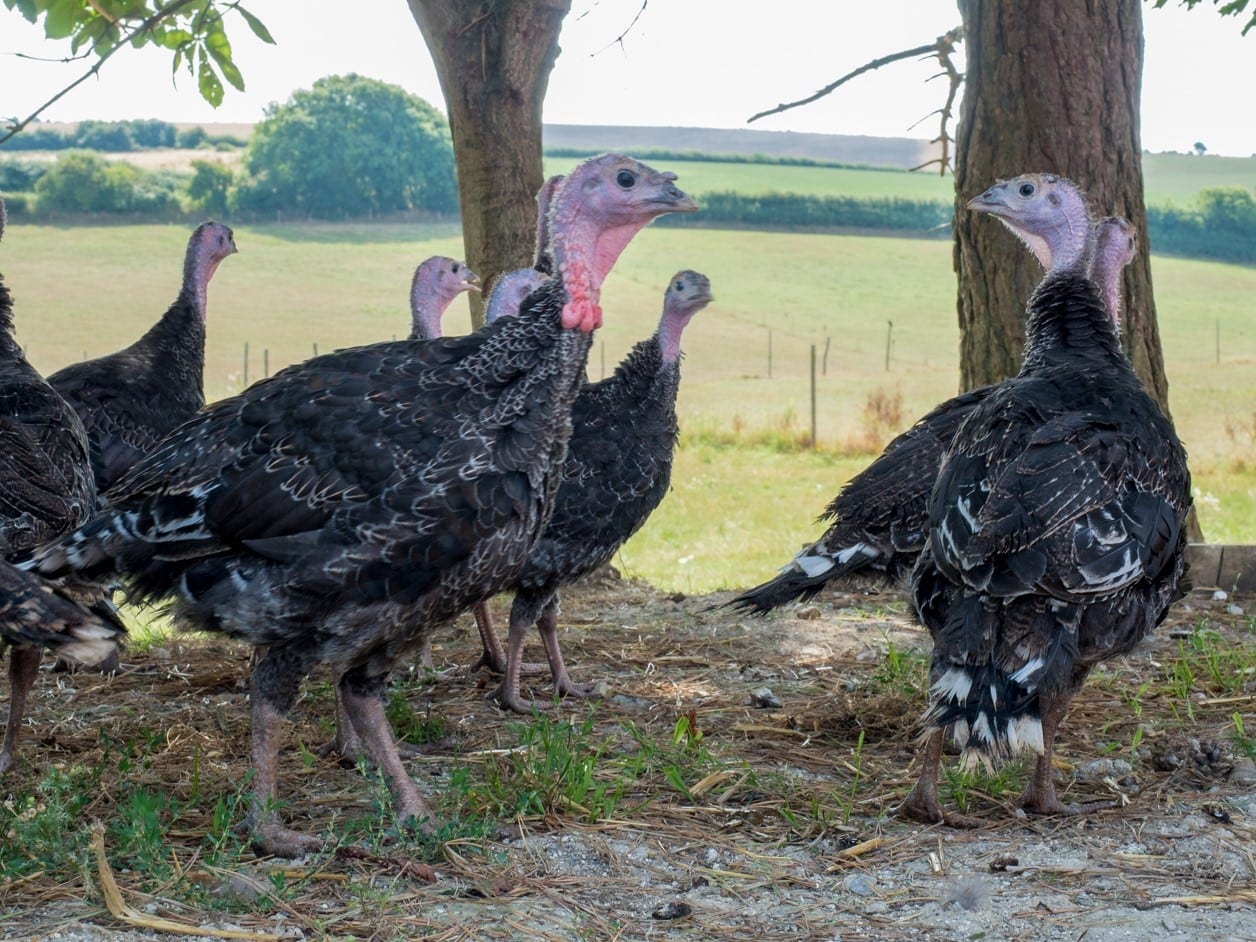 As Christmas approaches, the birds are traditionally processed, hand plucked and then hung in cold store for at least a week before they are dressed and sold. Each one is supplied oven ready in a box with fresh herbs and very detailed cooking instructions on how to avoid a dry bird. Plus his Mother’s recipe for Spiced Cranberry, Apple and Sage Stuffing and how to correctly roast potatoes in goose fat.

You can even purchase a pop-up thermometer that works as it says on the tin, pops up when the internal temperature of 72c is reached. The money raised by the sale of the thermometers is donated to charity.

Mark says that around 50% are pre-ordered by his customers and collected at the farm gate, the rest head out to butchers across Dorset. 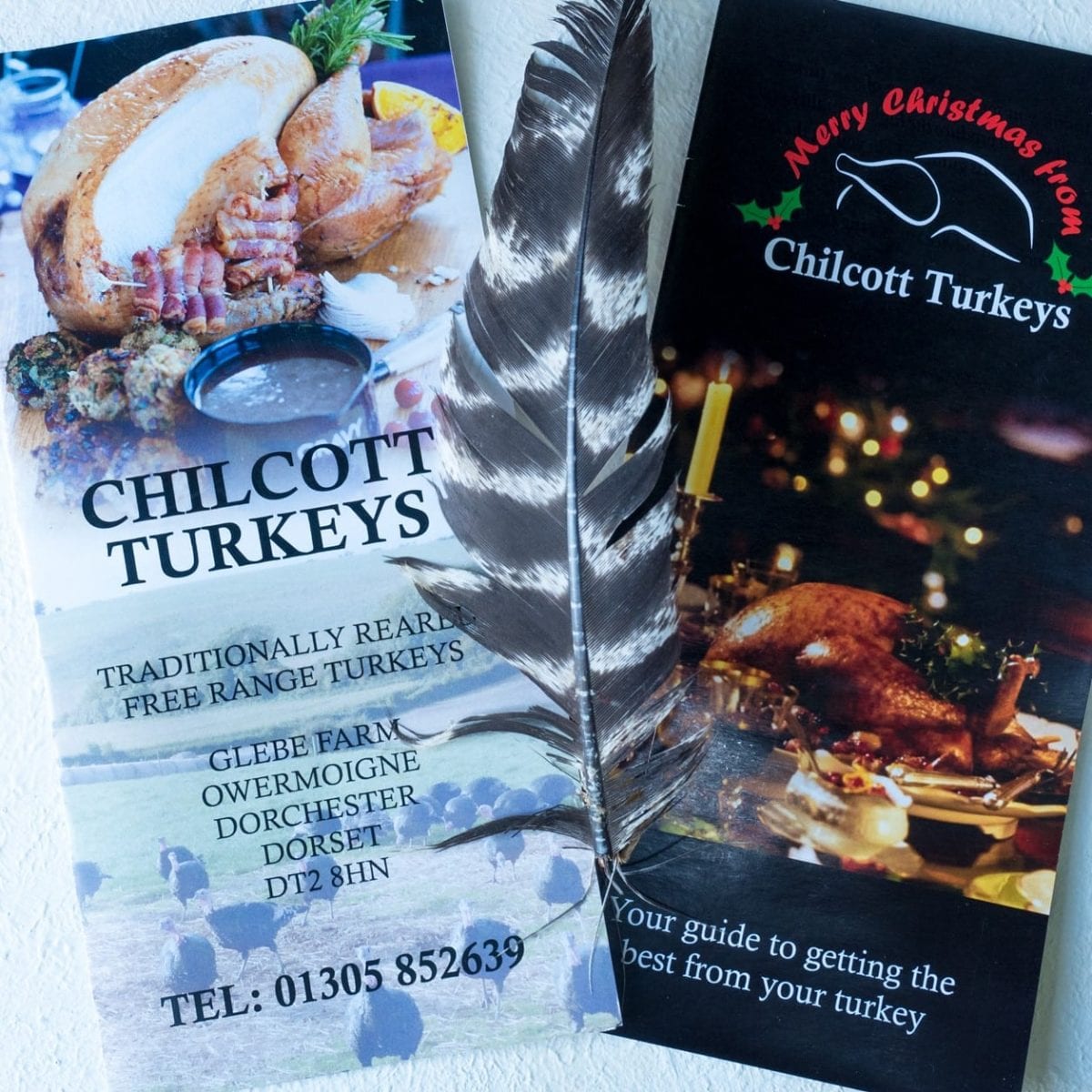 So get your order in early, this can be done direct from their website or emailing them [email protected]