Taste the love of Dorset with From Dorset With Love

When you start chatting to Chrissy & Karl Regler, you soon realise that they are extremely passionate about Dorset, especially its food. So much so they named their award-winning artisan preserves business “From Dorset With Love” because they really do mean it.

Chrissy was training to be a Legal Executive at a local (Blandford) solicitor and had returned to work part-time after the birth of their second child Jensen. But childcare costs and the extra work required by her studying, made her think there must be more to life than this.

Before their children (Koen & Jensen) were born Karl dabbled in the music world, which is what he studied at university (Music Industry Management and Marketing degree). He toured Canada and UK with a Canadian band (playing guitar and keys) and a UK tour with an Icelandic band (managerial/roadie). He also worked as the Artist Liaison at “End of the Road Festival”. Karl now works full-time for his brothers same day courier business, Astral Couriers, and in between work calls he squeezes in the business side of From Dorset With Love.

Not only does Chrissy find time to raise her children and run her business, she is also a FA level 1 qualified coach and currently with the Blandford United Youth. She also works with a production company called Hitrecord where she does anything from producing, writing, voiceovers, acting, editing etc. Here’s the link for the Short film she was in for Tropfest: https://youtu.be/PxZXKLMrHXA

Chrissy’s Mother and Grandmother were devotes of foraging and preserving food, such as jams and chutneys. So it was in Chrissy’s blood long before a series of events opened the door to an idea of a business.

Like a lot of great ideas, it started in a pub, a Piddle Ale pub to be exact. After enjoying a meal, Chrissy commented to the landlord that she could make a much better chilli jam than the one that he had served them. So he threw down the gauntlet and asked her to prove it, which she did with flying colours. She did exactly the same with an ale chutney that the pub was serving, which actually contained ale from a rival brewery. Soon friends and relatives were recommending Chrissy’s chutneys to various outlets and in 2010 From Dorset With Love was formed.

Their parents have been hugely helpful and supportive. Chrissy’s Mother is the spine of the business, helping in many ways, from child minding, advisor, executive chef, recipe supplier and critic. Chrissy’s Grandmother is also part of the team, supplying old family recipes and a stern critic, especially where piccalilli is concerned.

They started out making their preserves in their home, but soon out grew that and moved into a small unit. They have since out grown that and just moved into a new purpose built kitchen and warehouse, which also houses Karl’s day job upstairs. 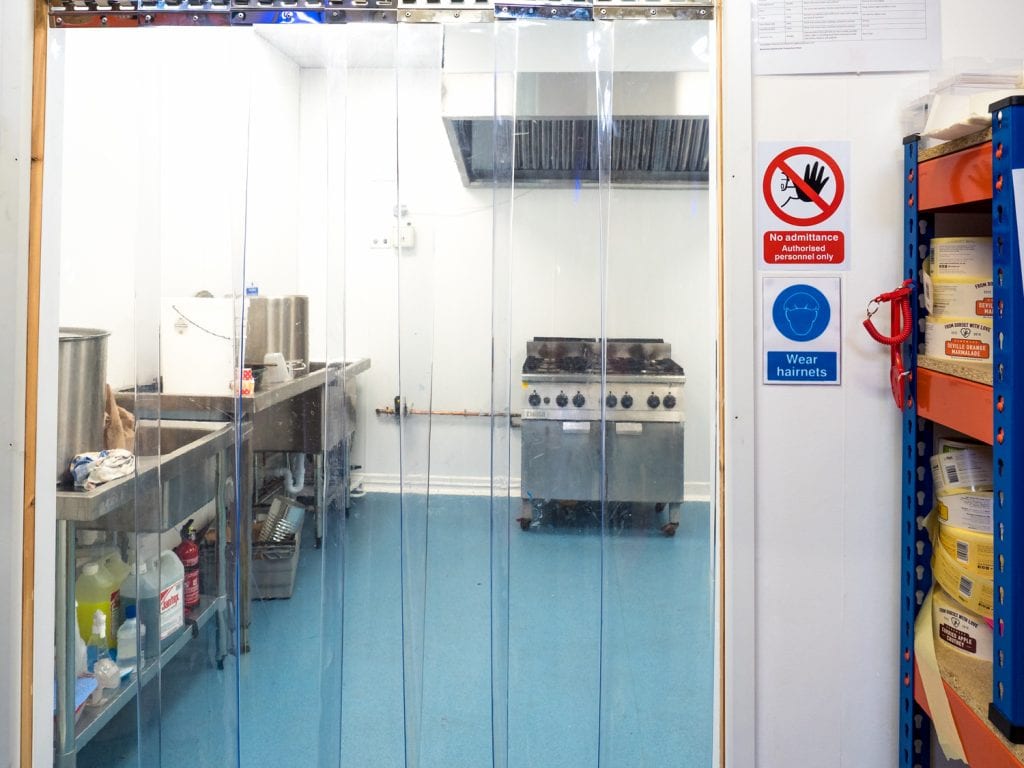 Both have worked extremely hard over the past year and have been awarded the SALSA Approved status. Which instantly tells all in the industry that you are committed to ensuring product safety, legality and consistency, and to continuously meet the requirements of a nationally recognised standard. This has allowed them to spread their wings and to sell to larger outlets, such as the Co-op and Haskins.

They produce an extensive range of jams, chutneys, vinegars and of course their Dorsetshire Sauce (created by Karl). These can be bought online or from all good farmshops, Co-op, Haskins, Delis and at food festivals and markets. All the products are also available in large catering size containers. Their Gooseberry Vinegar is a particular favourite of mine, a perfect fruity kick for fish & chips. 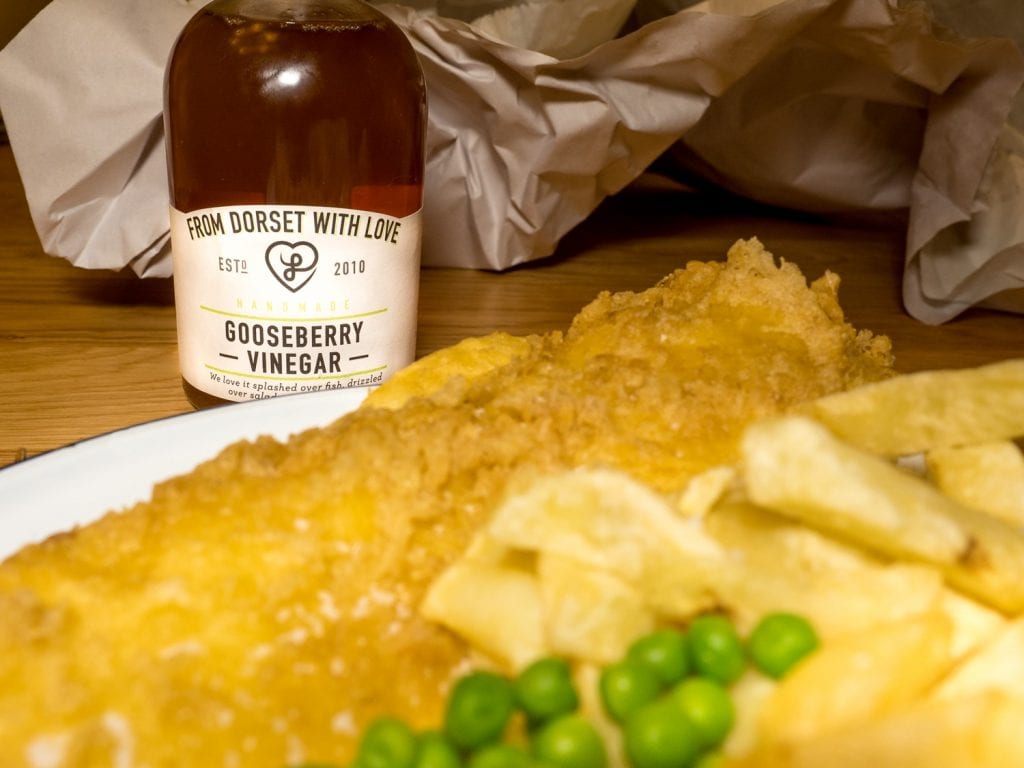 I spotted a large shelf on unlabelled jars and these were Chrissy’s experimental creations, new recipes and new products that if successful, will be added to their catalogue in the very near future.

You will really taste the love of Dorset, when you add one of these products to your dish. I know the majority are perfect with cheese, but please try them as an ingredient as well, I think you will be pleasantly surprised.