The Wobbly Cottage bakery is named after the wobbly walls of Richard and Danielle Wright’s 200-year-old cottage. Richard had been working as a chef for twenty years and was becoming more interested in his obsession of baking bread especially sourdough. Danielle was working as front of house in a large hotel in Cambridge, where she specialised in organising weddings & events. 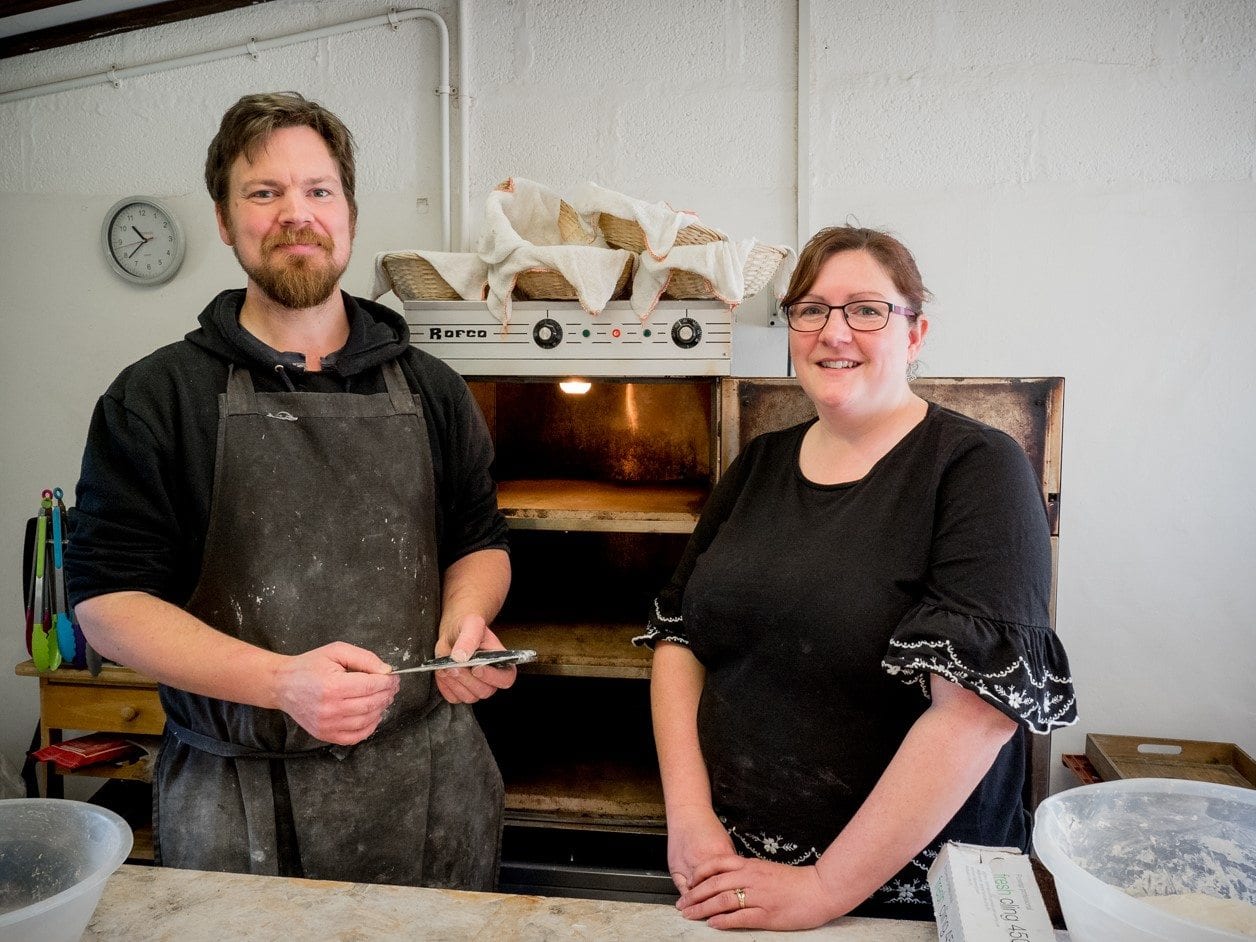 They wanted to raise a family, but the hours demanded by the hospitality industry didn’t mix with family life. The decision was made to head south and start a business making jams & preserves.

They started Wobbly Cottage about four years ago, primarily selling jams and chutneys in local markets & food festivals. Richard was still baking bread and selling a few loaves along with their jams. Slowly after time, the baking took over and their tiny cottage kitchen turned into a 24/7 bakery.

They needed more room; their children needed a home and not a bakery. Six months ago they moved into the recently rejuvenated Broadwindsor Craft and Design Centre. They even Crowd Funded the purchase of their stone baking oven, which also helped to get the locals in Broadwindsor involved in their small bakery. So much so, their loyal, regular customers are now coming in to buy fresh bread & croissants, long before they are officially open in the mornings. 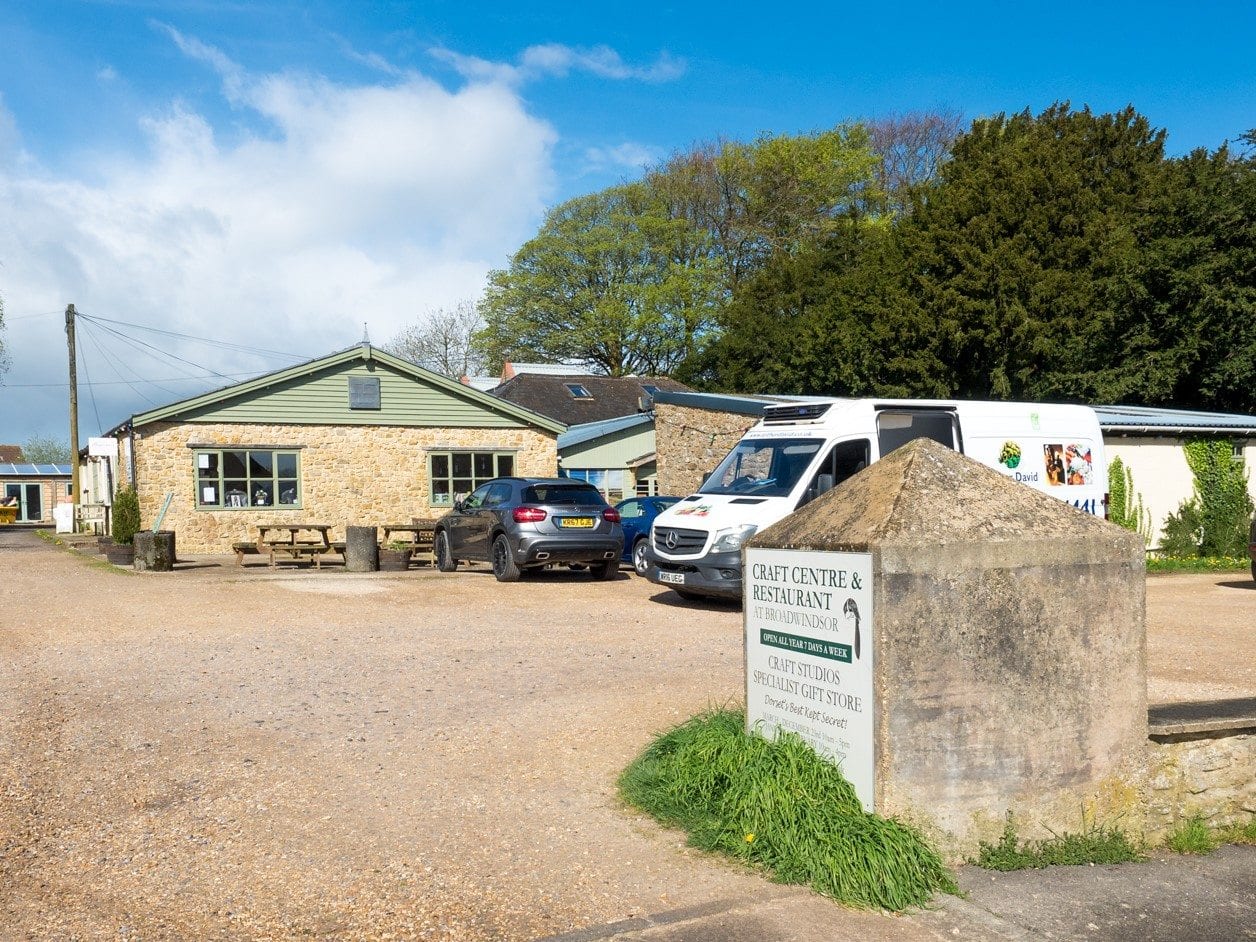 Wobbly Cottage specialise in long fermentation sourdough bread, made using traditional methods over 48hrs and simply incorporating flour, water, salt & their beloved starter. These breads come out proper gnarly, with an amazing crust and their baguettes are very popular with the restaurants. Richard likes to experiment now & again with a few unusual breads; some become so popular like his malt loaf, which are now a firm favourite with his locals. 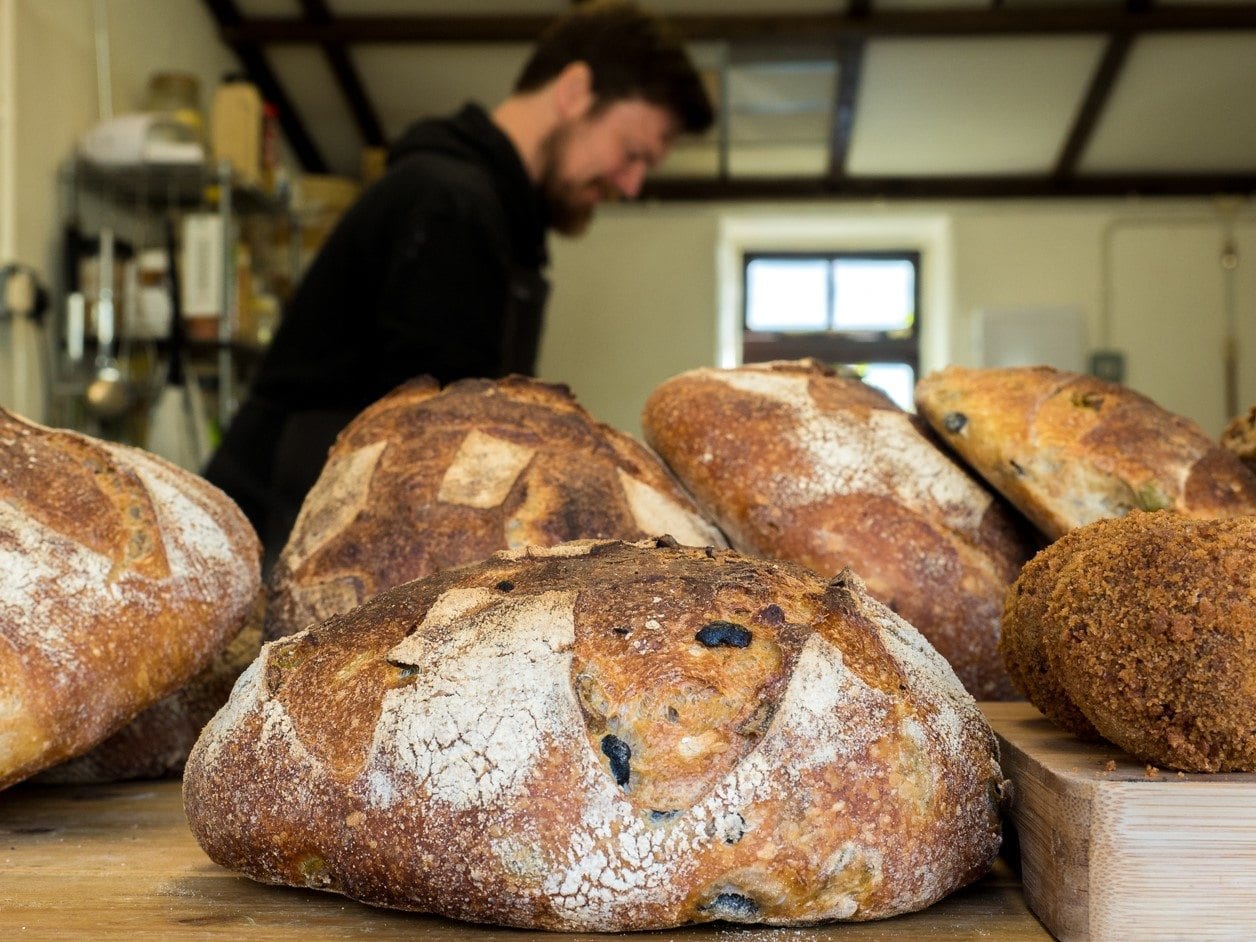 They buy the majority of their flour from Shipton Mill and their meat locally from the Chubb Family Farm (expect to hear a lot from these guys in the near future). You really need to try one of Richard’s sausage rolls (homemade puff pastry) or Scotch Eggs using their pork – deeeelicious.

They sell at markets & food festivals; they also deliver to an increasing number of the top restaurants around the Bridport area. There is a noticeable increase in the number of people buying direct from their bakery and they have plans to hold a few events over the summer at the Broadwindsor Craft and Design Centre.

Not satisfied with the popularity of their bread, Richard and Danielle now have their own coffee brand and are also looking to increase the jams & preserves side of their business. So expect to see and hear a lot more from the Wobbly team over the coming years.