Traditional Christmas food from around the world

We all know that Christmas is going to be a little different this year, so if you fancy changing it up in the kitchen too, here are some of the traditional foods enjoyed around the world at this time of year.

We’re all pretty familiar with the roast dinner consisting of Turkey or Goose with Christmas pudding for afters, copious amounts of mince pies and using warming spices, but for something wildly different, why not give one of these a try?

Being on the other side of the world, Christmas falls in the middle of Summer for the Aussies. Many Australian families choose to have a BBQ (beach optional) to celebrate the big day with a selection of meats, fish and veggies to fill them up. If you want to spend more time with the family and less time in the kitchen, this would be a great alternative to the traditional British Christmas dinner – plus think about all the leftovers for Boxing Day! 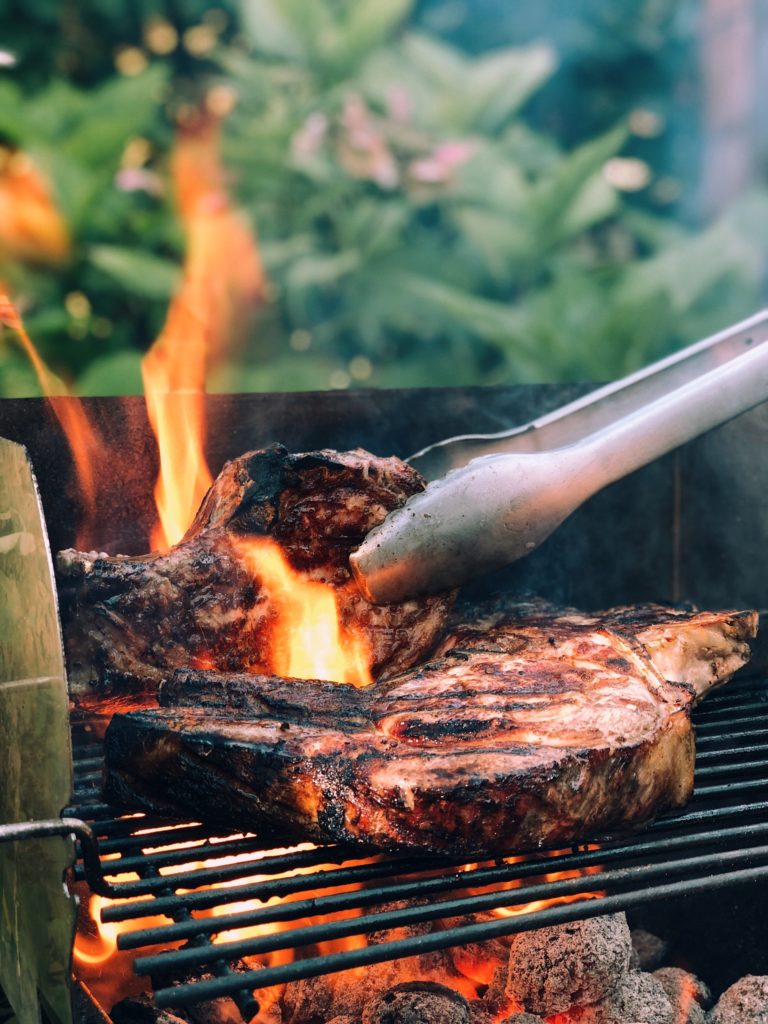 In Iceland, Christmas dinner is known as the Yule Meal and is traditionally a leg of lamb which is placed in the middle of the table for the family to help themselves. You will also find a special kind of bread made out of thin dough which is cut into patterns and fried before serving.

In Norway there is a huge emphasis on eating cakes at this time of year. One in particular is known as Julekake and is a bread like cake filled with raisins, peel and seasonal spices.

While we’re in the northern territories, let’s take a quick stop off in Denmark where they have their own take on a Christmas dessert. Rather than the kind of pudding that we’re used to, most families enjoy a Ris á la mande after dinner. This is a special type of tice pudding made with milk, rice, almonds, vanilla and whipped cream. The tradition is to hide a whole almond somewhere in the pudding and whoever finds it gets an extra present! If you miss a good old fashioned home-made rice pudding, this one might be a good one for you!

One of the fun traditions in Canadian households at this time of year is to host cookie baking parties. While we can’t have a whole bunch of people over for festivities this year, this is a great way to spend time with the family! The idea is that everyone has their own special recipe, which they bake and eat together. Everyone then gets to go home with a selection of cookies. Sounds pretty good to me! 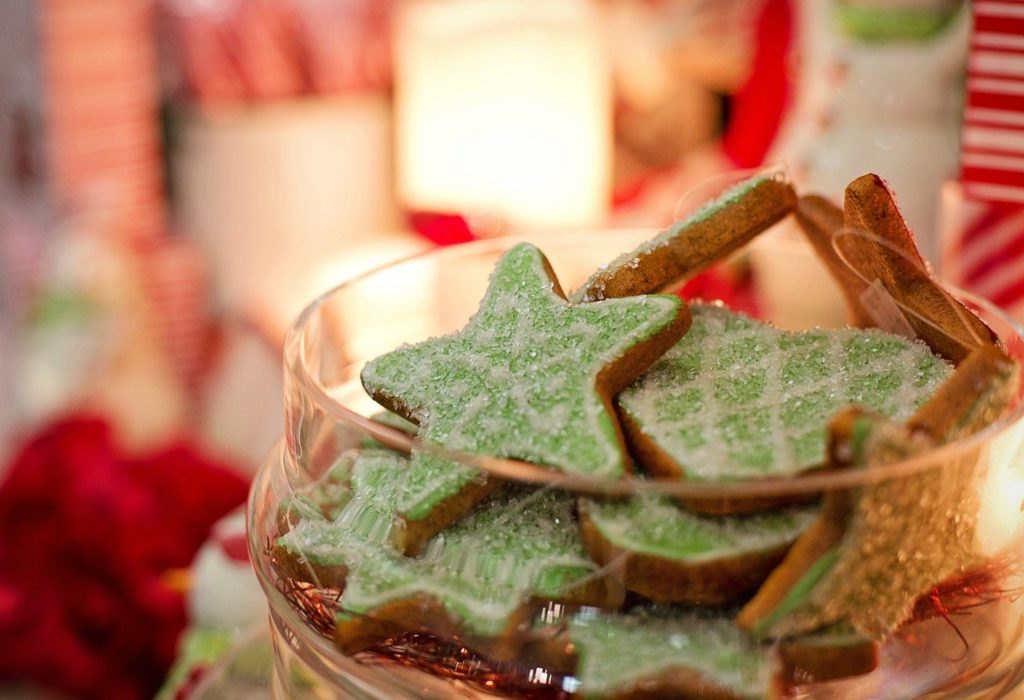 We mentioned Canada so its only fair to include the USA on this list too. Not content with basically having two Christmases (Thanksgiving is basically a Christmas rehearsal isn’t it really?), the Americans have many of the same traditions as we do when it comes to dinner. Though there are a few surprises, like mashed sweet potatoes with marshmallows (yes really).

Did you know that in Mexico, it isn’t officially Christmas until 6th January? That’s because they celebrate Epiphany instead and one way this is done is through tucking into a special cake known as the Three Kings Cake. Much like the Danish hiding almonds in the pudding, the cake will have a small figure of baby Jesus hidden in it and the finder gets to be his Godparent for the year. 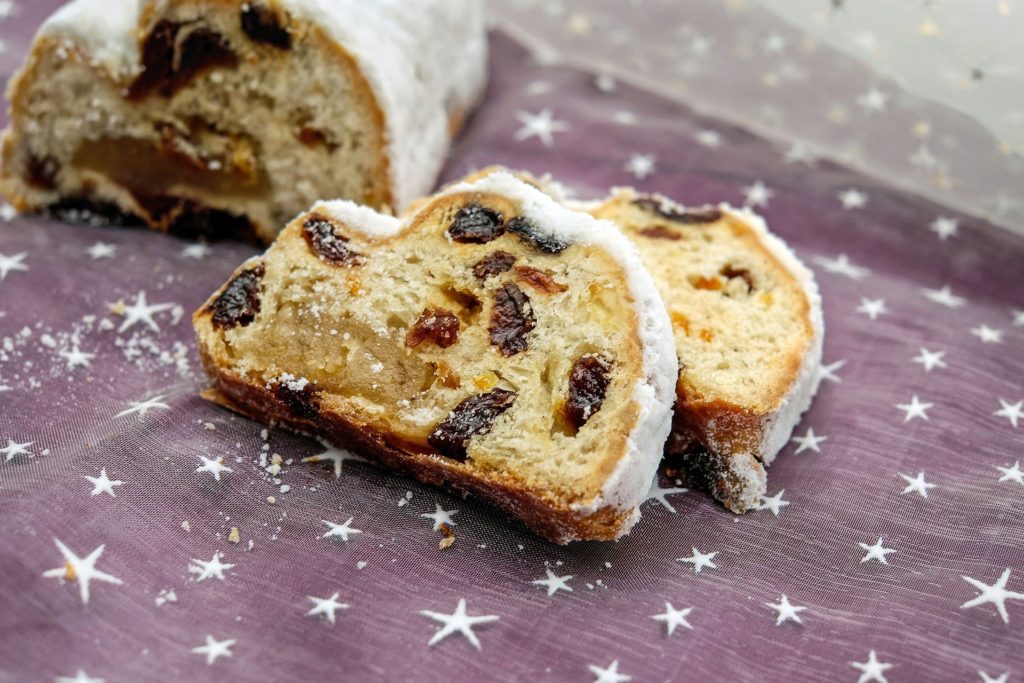 While we’re in Europe, Spain has some pretty good sweet treats for Christmas day too. Rather than a pudding, nougat (or turron) is served as the traditional dessert. For the actual meal, families often choose to serve Jamon – a Spanish dry cured ham – which is put at the head of the table. If you’ve got a sweet tooth, or know someone who does, nougat makes a great gift – especially if you make it yourself!

Another of our favourite Christmas treats comes from Europe – Italy to be exact. Panettone is pretty central to Christmas in Italy, and the whole family feast on it throughout the holiday season.

While Christmas in Ireland is similar to Christmas in the UK, there is one tradition that should probably make its way over the sea. One of the festive traditions is to bake everyone in the house hold their own caraway seed cake! Who doesn’t want a whole cake to themselves?

While China isn’t a majority Christian nation like the UK, with immigration and globalisation, the idea of celebrating at this time of year has caught on for some families. Instead of putting up a tree and having a Christmas dinner though, they like to gift each other apples on Christmas Eve. Apparently, the word for Christmas Eve in Chinese sounds very similar to the word for apple, hence the tradition was born. Shops sell apples wrapped in colourful paper to make them even easier to gift.

Traditionally in Russia, you fast on Christmas Eve until you see the first star appear in the sky, you then sit together to eat Sochivo – a type of porridge made from wheat or rice and served with honey, fruit and seeds. Porridge is an important food culturally for many places in Russia and symbolises unity – apparently one tradition that has died out is to throw a spoonful of porridge at the ceiling, if it stuck you were in for a good year ahead. Not sure that would go down well in your mum’s house though. 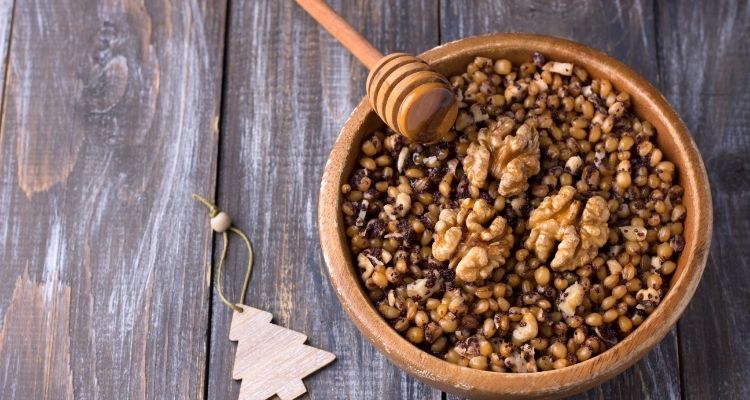 Like many places in Europe, Poland’s big day is Christmas Eve rather than Christmas Day. One traditional food you can expect to find there is Borscht (beetroot soup) which is served hot or cold, whatever your preference, as a starter before the main celebrations begin.

Another country that focuses on Christmas Eve is Sweden, where the main feast (called the Julbord) consists of a buffet made up of cold fish, meat, cheese, pickles and other similar foods. The cold meat always includes Julskinka – a ham dish which is boiled and roasted until crisp and then served cold as part of the buffet.

If you like the sound of spending Christmas pretending you’re somewhere warm, you’ll probably like the Jamaican traditions. Much like in the UK, a fruit cake takes centre stage for dessert which is prepared months in advance. The Jamaican version of Christmas Pudding is full of red wine and rum while the main meal includes curried goat washed down with… well… rum punch.

Do you fancy giving any of these traditions a go this year?