Following the success of 2019 when Langham Wine Estate won Supreme Champion at the Wine GB Awards, Langham Wine has now been shortlisted by the highly regarded International Wine and Spirit Competition for worldwide Sparkling Wine Producer of the Year.

The IWSC Producer of the Year is chosen from over 700 entries and is the largest competition of its kind in the world. To get to the shortlist of this prestigious competition, a producer must have all of their wines show at the top level. This award is decided by taking an average score for each producer’s wine to see who was consistently performing at highest standard. By doing it this way, if they have one that performs less well it will bring the average down, but the Langham Blanc de Blancs won gold with the second highest individual score in the competition and all four other sparkling wines won Silver medals and were scored very highly. 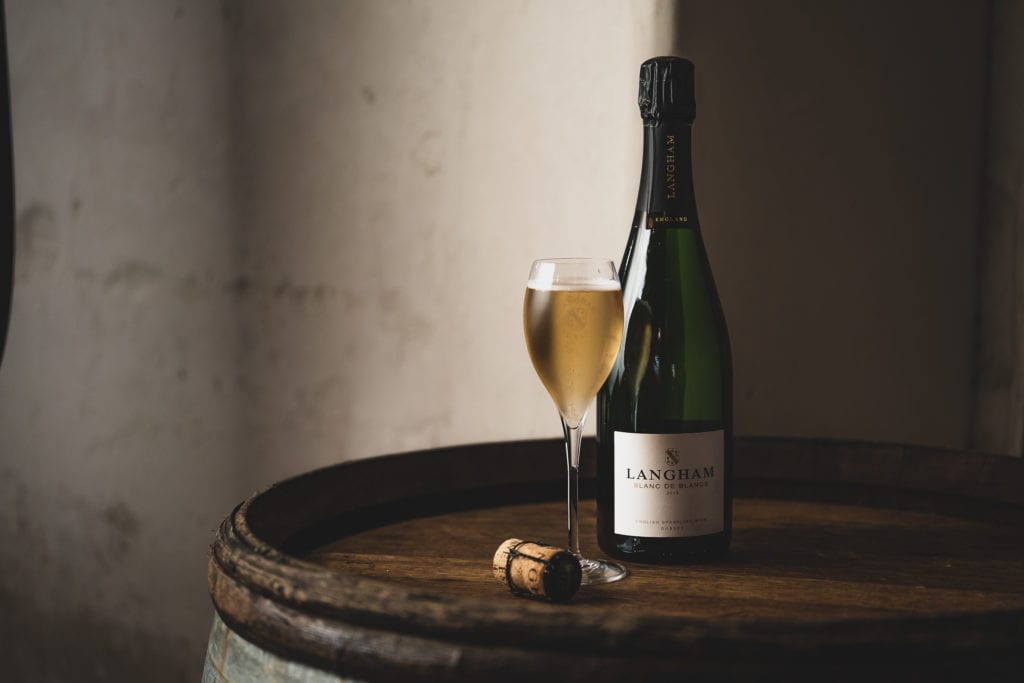 The shortlist is made up by Champagne Mumm (France), Gusbourne (England) and Le Bertole Valdobbiadene (Italy), all of whom are vying to follow on from the world-renowned Champagne producer Veuve Clicquot who won the award in 2019.

Other entrants in this competition included most of the major Champagne houses as well as many smaller producers, considerable entries from Italy, Spain and England as well as pretty many other global wine growing regions. This all helped to set the initial bench mark very high this year.

The judges comments about our Blanc de Blancs were “Lovely, creamy brioche nose with bags of autolytic character, balanced out with freshness. Rich, charming palate of apricots and citrus notes, all rounded off with an elegant, long finish.”

Our Rosé had “Lively ripe apple and fresh citrus character. The crisp acidity is well-balanced by a touch of sweetness, providing great texture and complexity. Well-rounded.”

And our Classic Cuvee Culver “A sophisticated and complex example with flavours of toast, biscuit and macadamia nut brightened with fresh lemon and sour apple notes. Classic with a rich mousse.”

As winegrowers Langham Wine Estate pride themselves on crafting terroir-driven sparkling wines using grapes only grown on their single Dorset vineyard. Located east of Dorchester, their 12 hectare, south facing site was planted mainly in 2009 with a mixture of Chardonnay, Pinot Noir and Pinot Meunier. They believe that the chalk soils and local micro climate endow their wines with a fresh, fruit driven and saline character. By reducing inputs both in the vineyard and winery they hope not to cloud these characters. 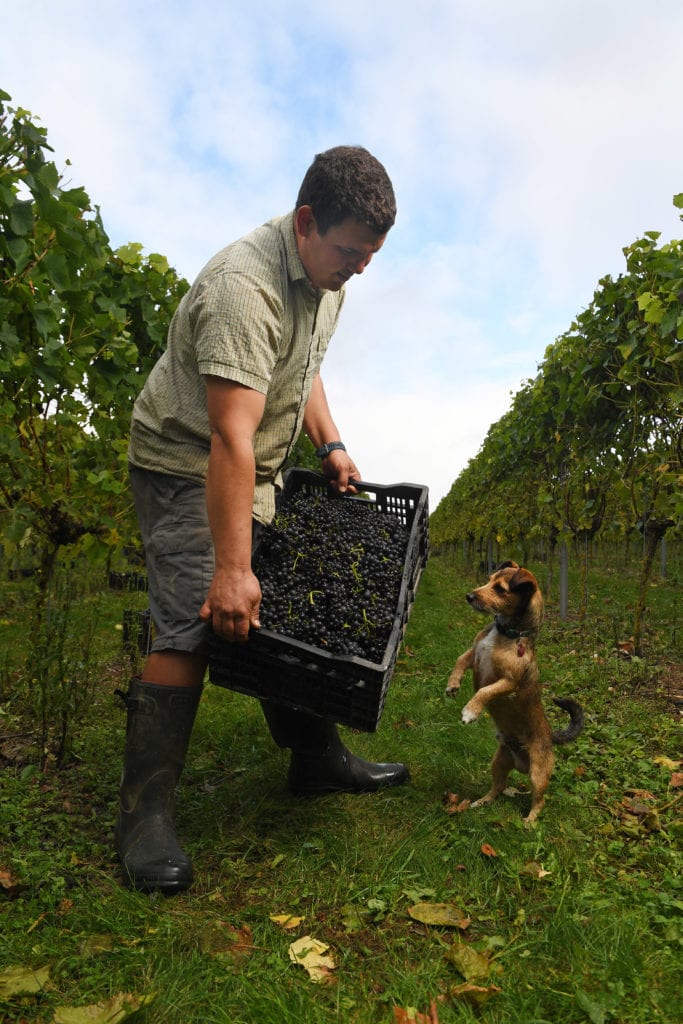 BNPS.co.uk (01202 558833)
Pic: ZacharyCulpin/BNPS
Come rain or shine Dorset grape pickers bring in the harvest.
Pictured: Vineyard manager, Olly Whitfield showing of the best of the bunch with his dog, Wilson.
A vineyard has been thriving throughout the coronavirus pandemic after making several changes to buck the trend of struggling businesses.
The Langham Wine Estate in Dorchester, Dorset, have adapted their 30 acre estate in order to bring in an influx of new customers.
They have transformed an old barn into an ‘indoor-outdoor eating area’ and have installed a number of socially distanced picnic benches.
The changes have allowed the winery to have more people visit than ever before.
The boom comes despite the 40,000 vines yielding less grapes than last year, due to adverse weather conditions.
Just as the buds were starting to burst in April, the estate was hit by frost, wind and rain.
Despite the unfortunate timing, the quality of the grapes has been unaffected.

Their wines are fermented and aged in a mixture of French oak barriques and puncheons as well as stainless steel tanks and left on lees over winter then bottled in early summer without filtration and with minimal sulphur dioxide.

The increasing volume of reserve wines are kept in underground concrete tanks, which means they maintain a constant temperature while they soften and mature. This also allows Langham to create a greater consistency in style from year to year, so their customers can be confident that the wines they love will be just as good every time they have a glass.

Langham Wine Estate is open all year round for guided, and self-guided, tours and tastings and has a café and shop on site. Please visit the website www.langhamwine.co.uk for more info. 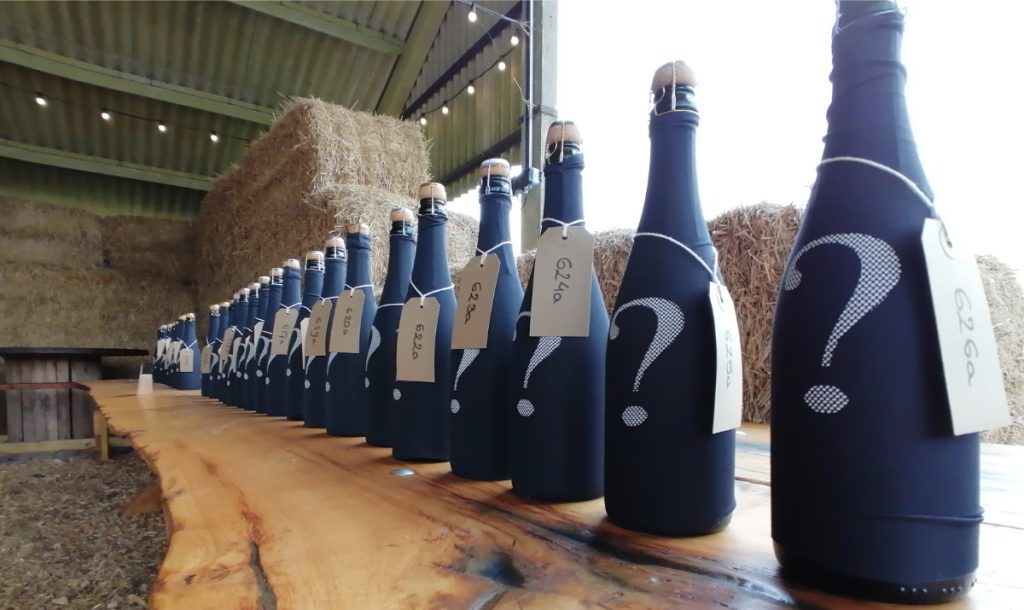 Langham Culver Named the South West Wine of the Year 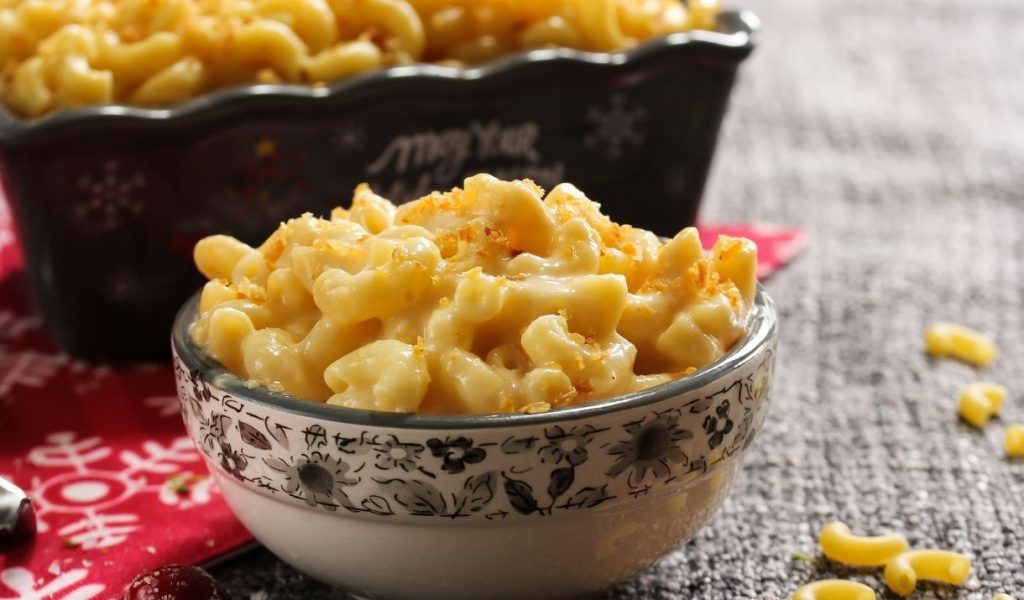